In a shrinking community, one Parsi family chooses Pakistan

In a shrinking community, one Parsi family chooses Pakistan

When entering Parsi Colony, the historic architecture of airy mansions with sprawling lawns and large balconies surrounds visitors. Yet there is an eerie silence in the clean, gated enclave. Most of the lofty houses lie empty. Karachi’s once-vibrant Parsi community has shrunk considerably.

There is one family, though, that has been living here since 1926 and has no plans of following other relatives abroad. This is the Malbari family.

The main gate opens to a rambling house, its age showing through cracks in the freshly-painted walls. The unfamiliar religious writings and ornaments decorating the nearly century-old structure lend it a strange calmness, but the life and laughter of the family residing within filter through it.

Dilnawaz Eruch Malbari, 48, was born and raised in India but came to Pakistan after she got married. An assistant to the chief financial officer of ICI Pakistan, she has lived here for over 22 years. During this time, she has watched much of her family move abroad for better opportunities. “I would have moved too, but I never got a chance,” she says. “My husband is a loyal Pakistani who does not want to leave.”

She recalls her childhood, spent in India, pointing out the differences that struck her when she arrived in Karachi. “Things seemed very different when I came here; I used public transport without hesitation in Bombay, but there was less freedom in moving around here,” she says, adding that her husband drives her wherever she needs to go in Karachi.

Clothing was another change for Dilnawaz, who was used to wearing miniskirts in Bombay without facing harassment. When she came to Pakistan, the only place where she could find the clothes she preferred was Zainab Market in Saddar. “I loved Zainab Market,” she smiles, reminiscing about the imported and Western clothes she would buy from there. “It was the only place I used to buy clothes before I was introduced to the modern side of Pakistan. It reminded me of India.”

When asked why Parsis here tend to live close to each other, Dilnawaz explained that this was what they were taught by their forefathers. “They built these houses for us to live in comfortably.”

Yet many of them are moving away. Dilnawaz maintains that Parsis have it easier here than other minorities in the country. “Especially in jobs, we never face discrimination; employers usually appreciate us,” she says. “Elite companies even prefer Parsis for higher posts.” She points out that Karachi’s first mayor, Jamshed Nusserwanjee Mehta, was a Parsi too.

“We are happy here!” chimes in Shireen Jamshed Malbari, Dilnawaz’s mother-in-law, expressing her feelings as part of a minority community in Pakistan.

Indeed, Karachi owes a great debt to its Parsi community, which has established a number of hospitals, educational institutes, hotels and historic buildings. Names like the NED University of Engineering and Technology, Mama Parsi School, Bai Virbaiji Soparivala Parsi High School, DJ Science College, Dow University of Health Sciences, Metropole, Beach Luxury and Avari Hotel, and Anklesaria Hospital are part of the fabric of the city. The exodus of the community is a loss for Karachi.

Dilnawaz provides two reasons for the dwindling number of Parsis in Pakistan. The first reason, according to her, is marriage restrictions within the community. “We are not allowed to marry non-Parsis; if we do – especially if women do – then our children are excommunicated from the community,” she explains. “But men are sometimes let off easy when they are in other countries. They can marry non-Parsis and convert their children to Zoroastrianism.” The other reason, she says, is that many career-oriented Parsis either have only one child or do not marry at all.

She added that better civic services might change things, not just for Parsis but for everyone. “Most people will stay if they can have a good lifestyle here.” 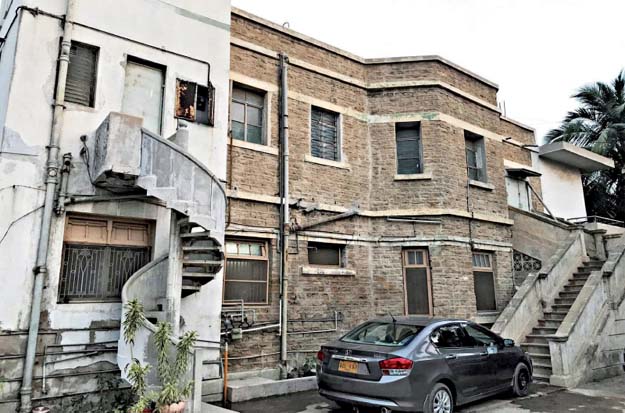 Although Dilnawaz maintains that Parsis face less discrimination in Pakistani society, she mentions that there are still misconceptions about their religion. “People think we worship fire and they mock our final rites, saying ‘Tumhe tou kawway khatay hain [you are eaten by crows].’”

The matter of final rites for the deceased has become a problem for Karachi’s Parsi community as well. In Zoroastrianism, the deceased are taken to a Tower of Silence, where vultures are allowed to consume them. Shireen’s husband was given his final rites in this way when he passed away in 1991.

Unfortunately, the vulture population in Karachi has been on the decline since, which means they have to resort to other methods. “Cremation and burial are not permitted in our religion. Earth and fire are considered sacred and should not be involved in death,” explains Dilnawaz. “So the chairperson of our Parsi Panchayat is planning to introduce a method using solar concentration devices for decomposition as an alternative.”

In cities with no Towers of Silence, though, people often opt for burial. “In dire situations, bodies are allowed to be disposed of in other ways,” she says.

Dilnawaz adds that they have been deprived of Nauroz as a designated holiday. “We used to get three holidays, one on March 21 for the spring equinox, one in August for Nauroz, and one for our prophet’s birthday. But now, we only get two holidays out of three,” she laments.

Zara Malbari, Dilnawaz’s daughter who studies at the Institute of Business Administration, joins the discussion. “I have more Muslim friends than Parsi friends,” says the 19-year-old. “But during events like milad at school, we were treated differently. They made us non-Muslims sit in the common room.”