Perin Irani, a resident of Grant Road, turned 101 on Wednesday at Bombay Hospital, where she was admitted on September 6 with a hip fracture. She was operated four days later by Dr Parag Munshi, who, along with the healthcare staff, surprised her with flowers and a chocolate cake on her birthday. Irani lives with her 86-year-old niece Gover Cardmaster and had suffered the fracture due to a fall at home. Doctors said Irani has immense will power and is recovering well. She is in the ICU and is stable. Text: Lata Mishra 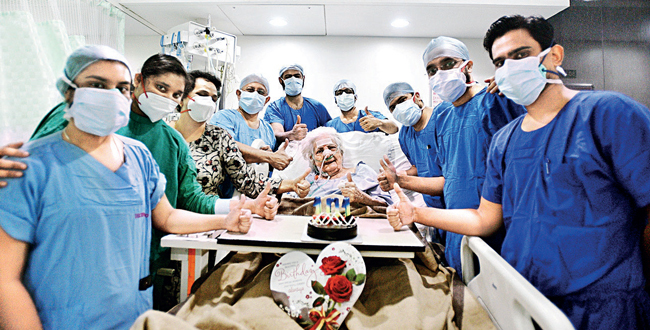