Photographer Shantanu Das’ exhibition in the city documents the lives, rituals, and customs of the diminishing Parsi community.

When photographer Shantanu Das visited the Gujarati town of Udvada, he was immediately drawn to the Parsi community living there. The photographer then did what he is best at: Capturing the moment. He then went on to publish the pictures in a coffee table book, encapsulating the rich culture and tradition of the Parsi community.

“As a photographer, I feel that you should not be satisfied. When you’re satisfied, you stop,” says Shantanu, who adds that this feeling of dissatisfaction drove him to push the project even further. The photographer, who is exhibiting his photographs in an exhibition titled Parsis – A Timeless Legacy, feels the project is still ongoing.

“After the Udvada book was published, I thought ‘Why stop here? Let me shoot more and more,” says the 47-year-old, who then went back to his hometown of Kolkata to find the local Parsi community. “During Durga Puja, I went home and started researching the other areas I could shoot. I asked people and found a contact of a Parsi club in Calcutta Maidan, so I shot Parsis in Calcutta, their homes, people, and club. Then I thought, ‘Let’s shoot in different places’. I went to Surat and Bombay is the hub, so it’s ongoing,” he reveals. 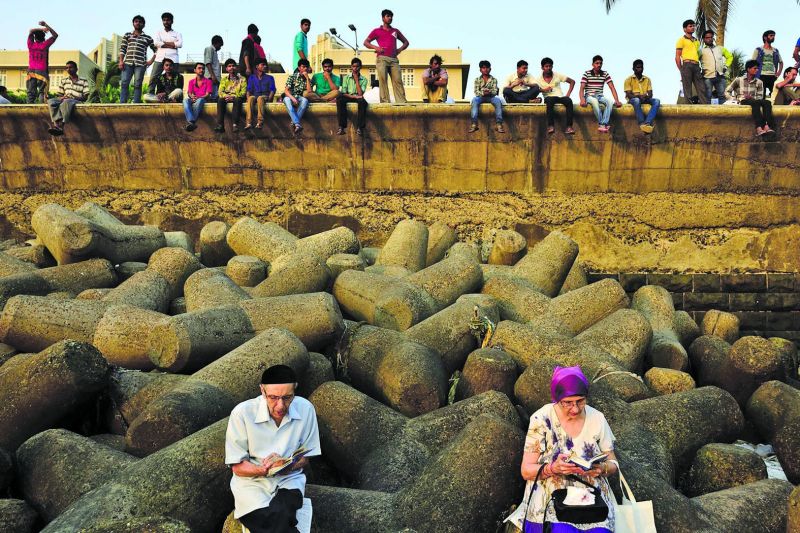 Talking about what drew him towards the community, Shantanu explains, “I feel Parsis are a very interesting community because they have the ability to laugh at themselves. It’s not easy, so it’s very interesting. They also have a ‘live and let live’ attitude.” Additionally, he finds that the community made a massive contribution to the country in terms of architecture.

On his journey, Shantanu was introduced to businessman Parvez Damania at the latter’s son’s Navjot ceremony, and the two instantly became friends. Thirteen years later, he encouraged the photographer to put up his pictures at the exhibition. Talking about why it’s important for the community, Parvez says, “We thought of this exhibition to enlighten people about the life and presence of the Parsi community, who may be small in number but have made a tremendous contribution to India. Few artists have dedicated time to documenting Parsi people, and fewer have had permission to document what are often very private and personal traditions. We wanted to take this opportunity to share the unique Parsi culture, rituals, and traditions with a wider population.”

Being a close-knit community, it’s not easy to capture moments in their lives. Although Shantanu was not allowed to step inside the fire temple, he was happy to click from afar. “As a Hindu, I am not allowed inside their fire temple, but I am allowed to click photographs from a distance. That’s fine because there are other places I’m allowed, so I can click their parties and other ceremonies,” he concludes.

The exhibition is scheduled for November 30 onwards at Tao Art Gallery.

0
0   0
previous XYZ Xtravaganza 2019
next Listen: An imagined recreation of a Hindustani concert organised by a Parsi music group in 1890