Ancient festival of mid-winter observed by Zoroastrians across Iran

Ancient festival of mid-winter observed by Zoroastrians across Iran

Same ceremonies were also held by followers of the Zoroastrian faith in several other cities across the country, including Tehran, Shiraz, and Kerman. Narratives say that the festivity is to remember the mythical discovery of fire. That’s why they set fire to a big pile of wood when the event reaches its climax.

The origins of the festival is somewhat ambiguous and there is no trace of this ceremony in the Zoroastrian holy texts. However, some historians suggest the ceremony existed even before Zoroastrianism, the world’s oldest monotheistic religion. 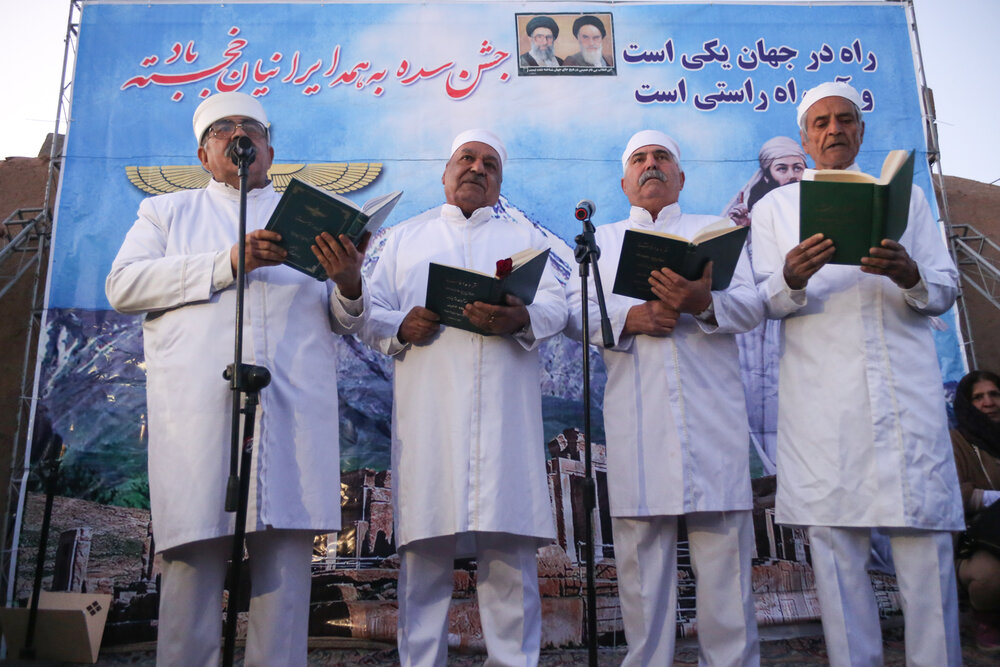 The common belief emphasizes that it is a mid-winter ritual to celebrate the date when the earth starts warming up.

The feast named after “the number one hundred” (Sad in Farsi), marks 50 days and 50 nights before Noruz, the Iranian New Year, on March 21.

Some say Sadeh is a festivity to honor fire and to defeat the forces of darkness, frost, and cold. A number of mythological accounts, however, connect the festival to the origins of human beings. According to Persian mythology, Houshang, the second king of the world, discovered the fire when he tried to hit a dragon with a stone. He reportedly threw a flintstone that struck against another flint stone causing a spark and generating fire. 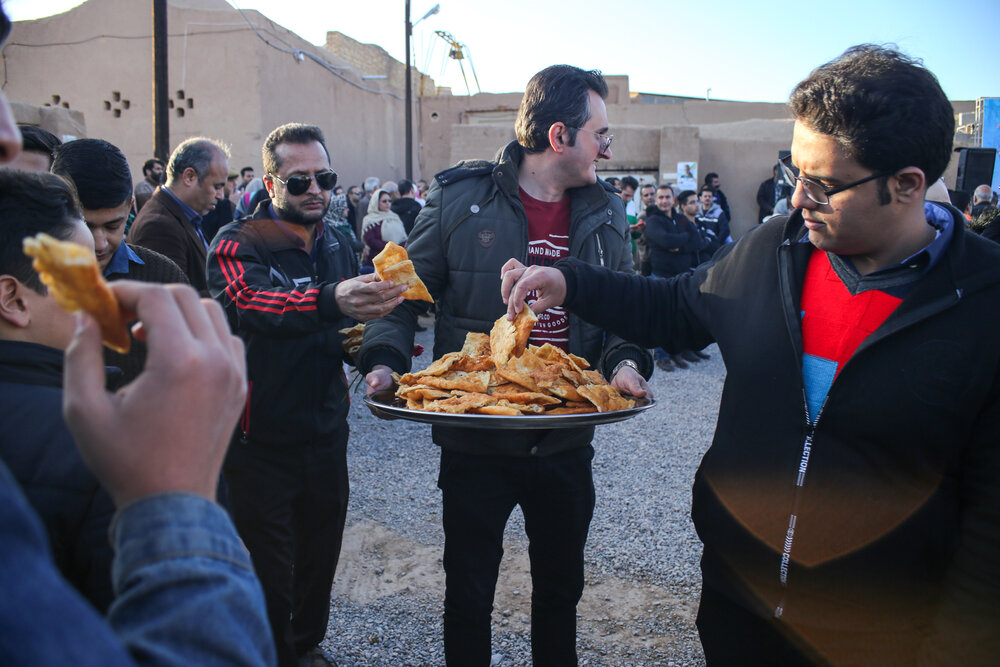 Prior to lighting the huge open fire, some Zoroastrian priests (Moobeds) recite verses from Avesta, the holy book of Zoroastrians. The priests are always dressed in white cotton robes, trousers and hats as a sign of purity and neatness.

Moobeds along with Zoroastrian girls and boys, all clad in white and holding torches walk around the pile of shrubs. They light the fire as the crowd’s cheers grow louder.

Zoroastrian rituals are widespread in Iran. Noruz, which celebrates the Persian New Year, Yalda Night, which takes place on the longest night of the year, and Chaharshanbeh Souri, in praise of the spring, are examples of such ceremonies that even nowadays nearly all Iranians observe.